To our earliest ancestors, tracking animals was important for basic survival. But the skill has almost disappeared in the modern age of technology.

That may be about to change, thanks to a unique data-gathering tool recently tested in Idaho's wolf country. 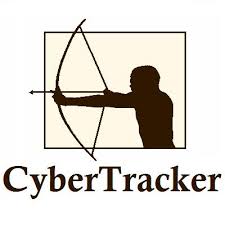 CyberTracker is a high-tech instrument that allows scientists, conservationists, and nature enthusiasts to gather enormous amounts of data about an area, plot their findings quickly and accurately, and upload the information into a computer for further use or analysis.

Master trackers from around the country gathered in Idaho's Frank Church Wilderness of No Return in late August to test the new conservation tool by using it to track wolves.

The trackers came from all walks of life-a chemical engineer, a nurse, teachers of environmental courses, students. They ranged in age and experience from a home-schooled 17-year-old to grandparents.

Most had been trained as trackers by Jon Young, founder of theWilderness Awareness School in Duvall, Washington.

"You have to think of tracking as story-telling," said Young. "One piece of evidence isn't going to tell you enough, but if you keep looking, it's like finding the pieces of a puzzle and putting them together to tell a story."

The Bear Valley drainage area where the teams conducted an ecological survey is home to the Landmark pack of wolves, one of several packs that were reintroduced in Idaho beginning in 1996. Little is known about the current status of the Landmark pack.

Only one wolf in the Landmark pack has a radio collar. The device enables wildlife managers to monitor the pack's whereabouts by air twice a month all year long. During the summer, ground crews also conduct limited surveys on the ground.

The data collected by those who participated in the pilot program last summer will be useful to the Wolf Recovery Program, which is sponsored by U.S. Fish and Wildlife Service and run by the Nez Perce tribe of Native Americans.

The trackers work to find and follow animal trails in the wilderness-trails that are invisible to the untrained eye. The trackers look for a variety of signs, such as footprints, evidence of walking and grazing patterns, fur or feathers caught in the branches of foliage, trees scraped by antlers or with bark that's been scraped off, fallen logs that may have been reamed by bears, killed animals, and more.

Animal scat holds a world of information. While the footprints of some animals, such as dogs and wolves, are similar, their scat has distinctive characteristics. Depending on how fresh it is and what it looks like, an experienced tracker can figure out how recently an animal passed through the area, how large it is, what it eats, and even how comfortable it is in its surroundings (is the food well digested?).

"Trackers provide us with the best estimate on the number of wolves in the area, their general distribution and home range," said Curt Mack, director of the Wolf Recovery Program in Idaho. "They can sometimes give us information on whether a wolf is a male or female, determine the number of adults and sub-adults in an area, and whether the pack produced pups."

One of the goals of the Wolf Recovery Program is to minimize animal and human interactions.

Many ranchers are opposed to having wolves around, fearing the predators will attack their sheep and cattle. Information on the status and whereabouts of the wolf packs can help avoid some problems.

Based on preliminary analysis of the data collected in August, "we were able to mark the boundary where the wolves are hanging out now," said Young.

The data also showed relationships between animals in the forest. Red fox and coyotes, both prey of wolves, stayed on the edges of the wolves' territory. Elk appeared comfortable feeding in wetlands close to human campsites within the wolves' territory, but not elsewhere, indicating that the wolves tended to avoid contact with humans.

The trackers were able to clearly identify the presence of four individual wolves based on footprints, stride length, and other information. The data led the trackers to think there might have been as many as 16 wolves in the pack, although 10 or 11 was more probable.

Although trackers can compile a vast amount of information, wildlife ecologists and biologists have tended to discount the data as anecdotal and non-scientific, Young explained. The CyberTracker should end such reservations.

Louis Liebenberg, a South African researcher, developed CyberTracker in an effort to draw on the keen tracking ability of the Bushmen of the Kalahari, a vast desert region spanning Botswana, South Africa, and Namibia.

For the Kalahari Bushmen, tracking to find meat is a matter of survival, and they spend a great deal of time studying the sparse landscape. Liebenberg, while studying elephants, wanted to tap into their acute understanding of the landscape, but the Bushmen couldn't read or write. Thus, CyberTracker was born.

Liebenberg designed a software program that's loaded into a hand-held computer (a Palm Pilot or other "personal digital assistant"). Icons are used on the keypad so that even trackers who can't read or write can enter data about plants and animals in the region.

Plugging a GPS (global positioning system) unit into the hand-held computer enables trackers to record the exact place where specific data were collected.

In only a matter of minutes, the information stored in the unit can be uploaded into a computer for analysis and conversion to color-coded maps.

Conservation International has been testing the use of CyberTracker in a number of the organization's projects in Africa-monitoring populations of black rhinos, gorillas, and elephants; aiding the development of park management and anti-poaching strategies; and conducting biodiversity inventories.

"There's a wave coming our way, and right now it's coming from South Africa," said Young. "Bushmen are really teaching us the science of tracking and its potential for incredibly detailed inventory techniques."

CyberTracker, Young said, "is creating a great deal of excitement." It enables people who have been tracking as a hobby to produce data that is directly useful to conservation, much like other wildlife inventories done by citizens, such as an annual Christmas bird count sponsored by the Audubon Society and annual fish counts made by divers.

Christopher Kuntzsch, a tracker and spokesperson for the Wilderness Awareness School, concurs. "CyberTracker," he said, "has the potential to revolutionize data collection in conservation biology."