Breaking from the Pack

History from a wolf's perspective? or a cow's? A new breed of thinkers looks beyond Homo sapiens

The Lost Wolves of Japan

NEWFOUND PERSPECTIVES: In his book The Lost Wolves of Japan, Brett L. Walker notes that his experiences observing wolves in Yellowstone National Park helped him recognize that Japan's wolves were living and breathing creatures with experiences and stories of their own.

The rebellious teenage son of a former colleague used to confront his father with this taunt: "Say, Dad, what's new in history?"

He had a point. The past has already happened, so it seems difficult to discover something new about it. Unlike archaeologists, few historians unearth buried treasures or undiscovered archives that reveal the secrets of a past civilization we didn't even know existed. 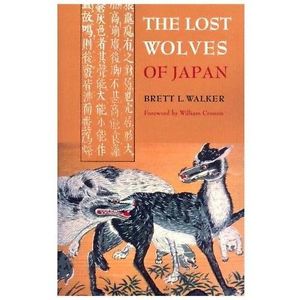 Instead, the most innovative historians rework familiar material from the past by thinking about it in new ways. Forty years ago, in an intellectual revolution that accompanied the other revolts of the '60s, historians began to study the lives of working people, immigrants, women, African-Americans, Chicanos and other marginalized groups. The masses of ordinary people, previously treated as bit players in a drama staged by kings and statesmen, moved to the center of the stage.

But once the subjective perspective of nearly every human group on the planet has become part of written history, what remains? Well, animals. Yes, what's new in history? The animal turn. Thirty years ago, in an attempt to parody the new social history, "Charles Phineas" (a pseudonym) wrote a mock essay in which he proclaimed that the history of household pets remains too much the history of their masters, revealing more about the owning society than the owned. Little did Professor Phineas imagine that a new generation of historians would eventually produce scholarship that addressed his mock complaint.

No doubt Fox News and Rush Limbaugh will have a field day with this one, but in fact animals have their own subjective history, too.

A few cutting-edge historians have begun to argue that animals are not just beasts of burden, material resources or wild threats to the spread of civilization, to be domesticated, eaten or exterminated by human beings. Instead, animals behave in ways peculiar to their own identity, and their independent actions impact human history in sometimes surprising ways. In the catchphrase of the history generated by the 1960s, animals have agency. If racism long distorted the way historians discussed the history of African-Americans (as it did), "speciesism" does the same for the way humans have written about animals. Until now.

What do we know?

But how do we write the subjective history of animals? Talk about the history of the "inarticulate"; animals certainly have not left any written sources, and oral history is not of much use. Still, creative historians have looked at familiar sources with new eyes to explore them for clues about human-animal relationships in the past. One of the first books to do this was Harriet Ritvo's 1987 study of the role of animals in symbolizing class relations in Victorian England, The Animal Estate: The English and Other Creatures in the Victorian Age (Harvard University Press, $18.95). Ritvo's book offered a detailed social history of the way the 19th-century English treated livestock, pets and rabid dogs at home, and big game in their empire. 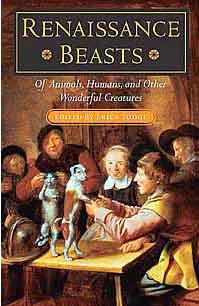 Still, in Ritvo's account, animals mostly remained the objects of human action, whether as prize possessions, as public-health menaces or as exotic beasts. More recent scholarship has given animals a voice of their own. As Erica Fudge writes in an introduction to her recent edited collection of essays on animal history in the 17th century, Renaissance Beasts: Of Animals, Humans, and Other Wonderful Creatures (University of Illinois Press, $39.95), this newer endeavor considers animals as beings in the world who may themselves create change -- that is, who make history.

A fine example of this approach is Virginia DeJohn Anderson's Creatures of Empire: How Domestic Animals Transformed Early America (Oxford University Press, $37.50), a fascinating examination of the interactions among Indians, colonists and livestock in Colonial North America. Anderson's book, published last year, relies on traditional written sources about animal husbandry, Colonial settlement and Indian-European relationships. Yet the cattle, who were never wholly under human control, definitely become full participants in this history: They produced changes not only in the land but also in the hearts and minds and behavior of the peoples who dealt with them, claims Anderson, a professor at the University of Colorado.

Liberated from the close supervision of English animal husbandry, formerly domesticated animals virtually ran wild in America. Without much control by colonists, who were too busy planting tobacco, many cattle and swine became feral. These animals then encroached on Indian territory and abetted European expansion at native expense. Thus, Anderson says with some justice, livestock deserve a place in the narrative of American history. By incorporating animals into her narrative, Anderson manages to tell a familiar story of Colonial settlement and cultural conflict in a fresh way.

Some scholars go even further, if not eliminating humans from animal-centered history altogether, at least relegating them to a secondary role. At a conference last year in Montana, I heard a young faculty member named Brett Walker present a wolf-centered paper about the history and reintroduction of these animals in Yellowstone National Park. While Walker had to endure the mocking howls his colleagues set up outside the lecture hall (really!), inside he made an utterly convincing case that the story of Yellowstone cannot be understood unless we take into account the behavior of the wolves who have lived there -- behavior driven by their own instinctual logic, rather than purely as a response to the intrusions of human beings upon their terrain.

Walker, a historian of Japan who teaches at Montana State University, has just published a stunningly original book about the Japanese veneration and then extermination of wolves that incorporates this wolf perspective. In The Lost Wolves of Japan (University of Washington Press, $35), Walker notes that his experiences observing wolves in Yellowstone helped him recognize that Japan's wolves were living and breathing creatures with agency, experiences and stories of their own. Extinct Japanese wolves, Walker argues, harbor a yet-unheard perspective on that country's past. For now, The Lost Wolves of Japan probably goes beyond any other history book in insisting that animals are complex beings with emotional lives who experience historical lives. 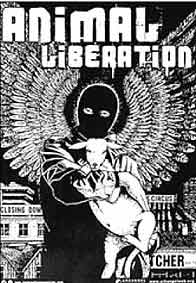 The animal turn in historical scholarship is part of a larger intellectual trend, known as animal studies or human-animal relations. Drawing eclectically on the fields of environmental history, psychology, cultural geography, bioethics and anthropology, scholars have begun to think about how humans have constructed their identities around encounters with animals, both wild and domesticated. No emerging field can do without its scholarly journal, and animal studies is no exception. Society & Animals is a multidisciplinary quarterly that, in its own words, "explores the ways in which nonhuman animals figure in human lives."

By no means is the animal turn a neutral approach to history. Just as the upsurge of black and women's history of the 1960s grew in tandem with the black and women's liberation movements, the animal turn is part of today's project of animal liberation. Like their counterparts in other disciplines, the new animal historians have a strong ethical commitment to animal rights and reject the apparently natural dominion of the human species over all others. They seek to connect the academy and the abattoir, as Fudge puts it.

Most of these scholars probably draw their inspiration from the controversial philosopher Peter Singer, whose 1975 book Animal Liberation (Ecco, $14.95) represents a kind of early manifesto for the animal-rights movement. But even if you are not a vegetarian -- this is Texas, after all -- don't dismiss this fascinating work. Thinking about the history of animals in new ways allows us to reconsider what it means to be human. As Fudge puts it, we can learn more about humans by understanding what they claimed they were not: animals.